What you should know about Forex 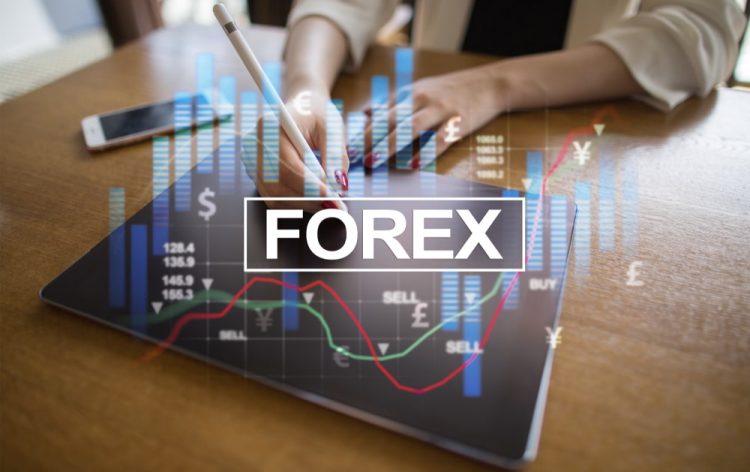 Since the birth of currency speculation and the formation of the foreign exchange market, Forex has never been perceived unambiguously. To this day, disputes about what Forex is are fading or flaring up again depending on the news background in the financial markets and problems of brokerage companies. Such a situation is due to the lack of information about the nature and mechanisms of such financial phenomenon as the Forex market.

How did the Forex market originate and what is it

Various theories of market trading from the early 20th century give the impression that the Forex market exists for a considerable period of time. However, the specific date of its appearance is considered to be the announcement by the head of the White House at that time, R. Nixon, of the need to cancel the dollar’s link to the value of gold which he made in the late summer of 1971. Thus, he withdrew from the existing gold standard of the dollar and, from that moment, it was no longer provided by gold, and the policy regarding the price of the precious metal was “released”. The reason for this was the crisis of the former system of monetary relations.

It was replaced by the Jamaican system, which came into being following the meeting of representatives of financial circles from the 20 largest Western bloc countries in January 1976 in Jamaica. This system resulted in ‘floating’ exchange rates of precious metals, which caused fluctuations in real value of national currencies, which gave rise to a new type of so-called speculative trading: currency speculation. The value of currency became dependent on the level of supply and demand, and free floating rates took the place of the only way of exchange.

That is how the free currency market FOREX was formed, and since then, the value of national currencies began to be formed as a result of the market’s search for an equilibrium point between supply and demand. The appearance and formation of the new market did not pass unnoticed – many state and financial institutions, large players of the commodity market turned out to be involved in its work. Due to the fact that fluctuations in the value of currency could potentially have a significant effect on all the participants of the market, including the economies of states, the latter were forced to regularly participate in the new currency market.

Furthermore, large financial institutions such as central and national banks had a real opportunity to influence the value of national currencies and hence the economic situation in a state. The possibility of speculative currency trading facilitated the organization of currency exchanges, emergence of brokerage and dealing centers through which private persons, i.e. traders and investors, came to currency speculation.

Thus, significant masses of both large organizations and individuals were involved in the Forex market, which directly confirms not only the existence of the Forex currency market, but also its importance in the global economy.

Due to its specifics, Forex market does not have a physical platform – it is an over-the-counter market, where payments are made only in non-cash form. The development of the Internet gave a significant impetus to the market. Nowadays, the majority of transactions are settled online. The intraday turnover of currency volumes in the market was determined to be 5 billion dollars in the first year of free currency conversion, in 2000 – 1.5 trillion dollars, 10 years later – 4 trillion dollars, and by 2021 the market volume is forecasted to be around 10 trillion dollars. Due to the fact that the market is over-the-counter, there is no accurate turnover data due to the lack of mandatory public information requirements on transactions.

In any case, such a significant turnover of funds guarantees high liquidity of the market and the potential for high earnings. Forex currency transactions are carried out through an extensive system of public and private institutions, the leading link of which is the national central banks. The volume of a spot transaction (with a real delivery of currency) is not less than 5 million dollars. For brokerage companies with access to the interbank market, the cost of payment for currency conversion may vary from several tens to several hundreds of dollars.

There are also payments for the use of the interbank information trading terminal. In this connection small dealing centers have no real possibility of direct conversion of insignificant amounts. This leads to the use by such brokers of the internal clearing system, when a significant number of oppositely directed orders overlap each other and there is no need for the real conversion, which creates a possibility for the so-called brokers’ “kitchens”. In this case, sooner or later the successful trader becomes a problem for the platform, and the kitchen has to create problems for the trading strategy of the manager.

Recently, the ECN (Electronic Communication Network) systems have become widespread, allowing traders to have direct access to the interbank market through the Currenex network.

Regulation of the market by the government

Free conversion of currency on the Forex market provides the lack of intervention from the regulatory authorities, which guarantees the freedom of such operations. The state can only regulate the regulations of brokerage services, facilitating the entry into the inter-bank market and covering the relations between its subjects.

In every state-participant of the Forex market, its regulation is performed by different authorities. In the UK, it is the Financial Services Authority; in the USA, the Commodity Futures Trading Commission regulates the currency market. The non-governmental National Futures Association also has a great influence on the market.

As a rule, big players of Forex market are not interested in making profit from currency trading – they have more specific goals. However, smaller players, such as private banks, investors and traders are mainly involved in currency speculation. The result of the actions of the mass of participants is the instability of exchange rates, making the Forex trading platform one of the most difficult to predict. That’s why successful Forex trading requires studying a lot of information to understand the essence and laws of the market. It is impossible to predict its dynamics without studying the basics of technical analysis, which is a determinant factor in making profit.

Individual traders at Forex can conduct operations only via brokers or dealing centers which are the intermediaries between a trader and a bank. Dealing centers receive commission from the trader, as a rule, in the form of spread – percentage deduction from each transaction, regardless of whether it has brought the trader profit or not.

To get considerable sums on currency rates it is necessary to operate with quite big sums, which ordinary traders as a rule do not possess. In order to solve this problem, there exists the concept of margin trading, when a broker grants the trader an opportunity to use the so-called leverage up to 1:500 proportions. The idea is that a trader with, let’s say, $10 on his account and the leverage of 1:100 can make deals for $1,000. Thus, with 1% movement of the rate, the trader can double his capital. At the same time, it should be noted that if the wrong prediction of the price movement direction is made, the trader’s account will decrease with the same rapidity if leverage is used. That is, even the fact that Forex market instruments are not risky – the currency rarely makes significant fluctuations, the use of margin trading can be disastrous for the trader’s account. However, with knowledge of technical and fundamental analysis and correct money management, earnings from Forex deals can be significant.

It must be noted that Forex is much different from the stock market. The stock market instruments are ever-increasing assets. This can be seen on the charts of major U.S. indices. Of course, there are corrections, which can be quite deep, but the main trend, for over 100 years, is upward. The movement of the same instruments in the Forex market has a chaotic nature due to the fact that the owners of these instruments are the states that are not interested in the growth of their currencies. Besides, the rate difference is determined by the value of two currencies. That is, even a paradox is possible, when the value of each currency is falling, while the exchange rate difference is growing. Precisely because of this chaotic nature, stock market traders seldom switch over to Forex.

There are two ways to make money in Forex – trading or investing. If the first option requires quality training, then with the second option it is enough money to invest. However, knowledge of the peculiarities of financial markets will allow the investor to understand the correctness of his choice of money management and soberly assess his actions in the market.