Forex.com is the biggest and amongst the oldest Forex brokers as of yet. There are 50 currency pairs, as of now. The number might not seem too big, but it includes all the major pairs, as well as some more exotic and risky assets.

Like Binance for crypto investors, Forex.com is the first destination for those aiming to join the ranks of Forex traders. They are operating off the United Kingdom, where they allegedly started this business back in 2001. They are known for providing great execution for all sorts of traders, as well as great customer support.

While the latter might be true, the former isn’t always the case. But let’s see what they got prior to jumping to conclusions.

This broker has three major account types. They mostly just change the way you they charge you for trading, all the possibilities and features are pretty much shared among these three. With that said, there are some distinctions:

1. Standard account. Fast execution (in theory) + all available instruments and assets. No commissions, but much wider spreads. Theoretically, these spreads can go very high up, although Forex.com insists that they are competitive and stay at 1-3 pips for major markets. The minimal is said to be 1.0 pips;

2. Commission account. Full reversal of the previous offer. The spreads are now tighter, but you get to pay commissions – 0.2% min for each exchange, but no clear numbers. The only clear number is that you have to pay $5 per 100,000 – a standard lot. If true, then it’s fairly competitive;

3. STP Pro. It’s a professional type – offer for traders who deal in large quantities and get better connection and deals for that. Basically, they get to suffer spreads as tight as 0.1 pips and only pay $60 every ten standard lots. They get a better market overview and the ability to connect with investors faster than others.

Theoretically, the commission plan is supposed to have poorer connection than a spread plan, even though it’s more beneficial for the trader. In practice, it’s not too substantial – the only plan that gets special treatment is STP Pro (for obvious reasons).

There are almost no special features, either. Brokers usually have various levels of access with increasing minimal deposit requirements. They call them something like ‘Silver’, ‘Gold’, ‘Platinum’, ‘Diamond’, ‘VIP’, ‘Aluminum’ and so forth. Each has its own set of features and instruments, which basically means that pooper users are restricted to some content.

You’ll be pleased to know that it’s not a thing on Forex.com. Sure, the STP Pro may have an edge over users, but even though their trading costs are smaller, they still pay more than regular users in the long run. In terms of instruments and indicators, all three groups get pretty much the same number and variety: 70+ on main platforms.

The ‘better insight’ into the markets for STP Pro means smoother connection and also the superior ticket system. The usual system only gives you the ability to open and close positions, as well as view current pricing (with some delays). However, the superior STP Pro one provides you with various pricing options and virtually no delays.

Platforms are the backbone of your trading experience, and Forex.com has a few options to choose from. So, which one do you choose and what do they bring to the table? See here.

It’s the flagman platform of trading. This interface has been developed very long ago specifically for Forex (among some other markets). It is very comfortable for an average user, and it allows for very extensive modifications.

Forex.com themselves pumped a lot of indicators into all MT4 versions in their employ.

First of all, there is the desktop version with over 70 technical indicators. Otherwise, it’s pretty much the same as elsewhere (which is a good thing, in the end). It’s pretty basic, which is also not a bad thing. There are no exquisite charts, and you get all the market data you need flowing live without too much delay.

There are, however, Expert Advisors – an algorithm used to slightly automate your experience. It’s been praised by many, but you still need to be careful and attentive with them on. Most of the decisions are still up to you.

MT4 Web version is rather poorer when it comes to indicators and other instruments. There are some advantages, such as more intuitive interface and faster connection to the servers.

MT4 Mobile is a fine choice, but only if you don’t have an immediate access to your PC, or, alternatively, if you want to execute an urgent order. The UI is intuitive and clean, and there are a decent number of technical indicators – about 30 in total. Great offer if you look for lazy, yet effective trading experience.

Important: MT4 and all of its variations aren’t available on anything besides the standard plan. You only get to use broker’s own trading software. It’s a downside, because the spread plan is considered inferior to others in terms of spending. You can really lose fortunes trading only on spreads, even if they are ‘competitive’.

Folks from Forex.com have recently (~2020) released their very own platform. This time, it’s available for all account types. Like MT4, there are several prominent versions of it suit for various trading styles. They seem friendly and efficient, even if users don’t necessarily praise them for their design choices.

Firstly, there is a Web version. It’s a primary variation, and they put most of their effort into developing this one. It’s packed with indicators (more than 70), chart interaction tools (more than 50), various types of charts themselves and a bunch of customization potential.

You can conceal some components, while revealing other parts. For instance, you can boot the familiar ticket system right on the front page for quicker decision-making.

Importantly, they added a technology called TradingView into all of their platform products. It’s more prominent in the mobile version (we’ll get to it), but still usable on Web. It basically allows you to swiftly jump between various types of charts as well as boot several timeframe sizes simultaneously to stay aware of the market behavior.

While overall decent, it’s been scolded by many for the apparent lack of user-friendliness, as well as constant delays and execution drops. Yes, although fast execution is the spearhead of their promotional campaigns, the software can still lag severely. Plus, the multitude of features they added apparently litters the UI as well as improves the functionality.

The mobile version was supposed to be a promising software product, but it didn’t sail as smoothly. Although smaller and cleaner by design, they didn’t cut the functionality all that much. There are still over 60 various tools in total plus the mentioned TradingView innovation praised so much by the users.

What wasn’t praised by the users is the app itself. It’s reported to be buggy and pretty chaotic. The problems are pretty widespread – they affect everything from signal notifications to order placement. Many things seem to work poorer than expected, although most users get away better – suffering only the minor delays and fixable problems.

Both these versions are simply a testament to the old truth that nothing can surpass the good old MetaTrader4. Because of it, it’s much better to use their standard offer – simply because it has this superior software in it. 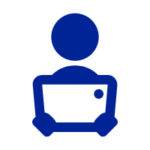 When it comes to especially strong sides, Forex.com has a few. Execution may be alright most of time, but it’s clearly not their shtick. However, what they excelled at are two components: Customer Service and Informational Material.

Customer Service is arguable chief among the two, and for some very good reasons. Forex.com is not without flaws, but at least they are trying to be transparent and open with their users. It’s likely that a good chunk of their problems is due to technical issues and not malevolence.

A good example of it is their response department. It’s not uncommon for people to lose money due to malfunction. And it’s also not uncommon for a broker to not solve the issue. Forex.com, however, help people recover the funds if they can, out of whatever motives.

They also seem to be interested in much of the feedback people leave on all sorts of media. Even if the user review is barely legible, they will respond to it with advice, directions or just to say they are sorry you hated them so much.

The bottom line is: you’ll most likely get a reply and perhaps even assistance from their support. That’s why their reputation is still pretty high, even if they suffer occasional technical problems.

Informational Material, on another hand, provides you with useful information before you suffer money loss. It can be roughly divided in several categories:

News is provided by specialists and observers within the broker’s staff. It’s either about the oncoming events or something relevant (‘Trade Ideas’) that can give you an investment idea. They also incorporated the ‘Ideas’ feature into the trading platforms in a simplified text variations to remind you of the latest developments.

The Insights are less regular, and they are more about the events that already happened to let you understand how they affected the economy or specific currencies (‘Popular Topics’). It involves Brexit, Chinese financial adventures, and so forth.

Tools are more spread-out and represented first and foremost by the Economic Calendar and Pivot Points – two extremely important tools not integrated into the software. One shows you the constant stream of events across the world, as well as the effects they might have or already had on currencies. The second shows a trend trajectory and strength for most worthwhile currencies.

Educational Articles, for their part, are there for beginners and those in need of catching up. There are videos, articles, tutorials, webinars and other forms of media about the important topics surrounding Forex trading. Here, you can learn how to trade, navigate around software and more.

Forex.com could be a very decent brokerage provider, but they are flawed. They are malfunctioning constantly, failing to deliver proper execution and can’t seem to fix some problems with their software.

Truth be told, the problems aren’t as tough. Most users don’t have that hard a time, but it’s still evident that a good portion of Forex.com customers simply don’t get the proper treatment from the broker.

They made some very good design decisions. Even though MT4 is only available for the worst account type, their version of this platform is spiced with numerous very useful indicators and tools. Not a lot of brokers allow you to interact with the charts as extensively. This does come at a cost of occasional delays, as you know.

Overall, they are worth giving a chance – just don’t risk too much of your money.