How to use trend indicators 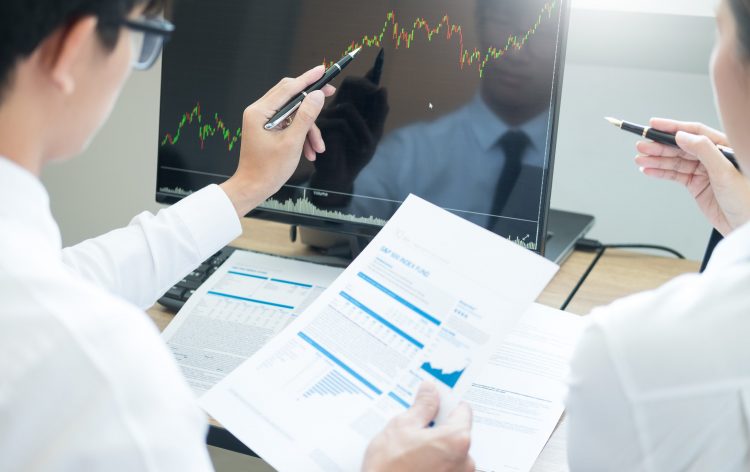 Every trader knows what is a trend in the market. However, it is not enough just to understand this term. Traders who want to make a profit must be able to define it correctly. It should be taken into account that each market participant can assess it in his own way, because there is a share of subjectivity in determining the maximum and minimum price values, which are reflected on the chart.

Trend indicators have been developed to prevent subjective understanding of the situation and correctly determine the current trend. Since there are too many of them, traders are faced with the problem of choosing the most reliable one that determines the trend direction. It will take a lot of time to test each of them. For this reason it is important, first, to narrow down the range of search. To do this, it is necessary to study the algorithms on which the work of indicators is based. Currently, you can distinguish three categories of tools under consideration, which have the following principle of operation:

Trend indicators are conventionally considered as the main indicators, because the classic stock trading involves looking for trends. Many developers have created algorithms of their indicators for this very purpose. A market trend is a direction in which the quotes are changing. It may be increasing or decreasing. In a rising trend the price is increasing, while in a falling trend, of course, it drops. The main principle of trading using trend indicators is based on finding trends. They cope with this task perfectly, however, there are some nuances, which consist in the lag of signals and show the trend only in its development.

Most of the instruments under consideration are plotted in the price chart window. Visually, they represent as a curve lines, located under or above the price chart. The main trend indicator is Moving Average. The algorithms of most of the technical analysis indicators are based on it.

Simple Moving Average, as you can understand from the title, is a derivative of the average price values for a set period. As the period increases, the curve gets smoother. As the period decreases, the curve becomes more flexible and sensitive to changes in the market situation. However, in this case moving average generates a lot of false signals.

The considered algorithms have a number of advantages. They include:

Let’s consider trend indicators that are particularly popular among traders.

The moving average, which is considered the most popular indicator, is the basis for the construction of many other tools to determine the trend. The construction of the Moving Average is based on the principle of averaging prices for a specific time period. The adjustable MA parameters include the period. As it decreases, the indicator becomes more flexible, however, it starts generating a lot of false signals. As it increases, the MA lines become smoother. In such a situation, the trends will appear with a lag.

The Moving Average may be used as an independent tool, as well as in conjunction with other indicators and oscillators of technical analysis, with another moving average with a different period. In this case signals will be received at the moment of МА crossing.

Bollinger Bands, like many indicators, is based on moving averages. The curves form a channel, and the price is placed inside of it. It very rarely goes out of the borders of the channel. The curves are positioned in such a way, as they are shifted forward in terms of time, and backward in terms of MA. Bollinger Bands not only shows the trend, but also serves as a reflection of the current market situation. The indicator allows you to track how volatility narrows and expands. It can be used in the trader’s strategy.

The main signal generated by the indicator is the moment when the price exits the boundaries of the channel. If the exit occurred from the bottom, it signals the opening of a buy trade. If it comes out from above, it indicates a suitable moment to open a sell trade.

The developer of this indicator is Bill Williams. This indicator is based on moving averages with specified periods. Alligator works best in the strategies developed by Bill Williams. However, it can be used in independent trading. The developer has provided that the indicator stays in two stages, when the Alligator is asleep and when it wakes up. In the first case, its lines are close to each other. At this time insignificant market fluctuations and absence of a trend are observed. When the lines diverge and turn in either direction, a trend is born on the market.

This tool can also be considered a trend indicator in spite of the fact that it shows the strength of the trend, but not its direction. It is plotted in a separate window. It is based on three lines: +D, -D, ADX. At the same time, +D and -D when crossed show the current market trend. The ADX curve demonstrates the strength of the trend. In some cases, this misleads traders, particularly inexperienced traders when they try to determine the direction of the trend on the ADX. This can lead to negative trading results.

DMI or Directional Movement Index is used in trading to determine the direction and strength of the current trend. Directional Movement Index is an excellent assistant in identifying a strong movement at the stage of its inception. It is most effective for long-term trading strategies. Market analysis in this situation is performed at the expense of the balance of power between the bulls and bears. First, it is worth considering the main components of DMI. They include indicators of negative and positive movement, respectively -DMI and +DMI. They allow you to identify the moments when the trend is born, as well as its direction. DMI should be calculated from the identification of maximum and minimum values of the preceding candle.

If you consider that in an upward or downward trend, each of the new extreme values is higher or lower than the preceding one, you can determine the direction of the current trend. The divergence between the minimum values forms a red line or a -DMI. On the basis of the maximum values the line of green color +DMI is formed. The minimum positive and negative values represent a zero line. As a consequence, curves are formed that reflect only the price range beyond the extreme value of the preceding candle.

The difference between trend indicators on volumes and other indicators is that their signals are almost never late. The reason for this is the fact that the basis for the calculations is the trading activity, not the price. Having considered the above-mentioned tools, we can conclude that the indicators of the first and the last category are the most convenient. They are also more convenient in their application. It is important to be guided by the fundamental analysis methods for successful and profitable trading. It is explained by the fact that they study the factors, which create the movement of quotations. These include the correlation of supply and demand, money flows, the mood of the trading participants. It is also worth paying attention to the relationship of financial markets to each other.